India Is Us (i2u Social Foundation) and National Career Service Centre for Differently Abled under Directorate General of Employment under Ministry of Labour and Employment, Government of India have joined hands for the first of its kind webinar on Vocational Rehabilitation for People With Disabilities (PWD). Attend the webinar to know more about the guidance, assistance, and counseling provided to people with disability.

Benefit of the webinars:

Vocational Rehabilitation centre for handicapped is working under the administrative control of Directorate General of Employment and Training Ministry of Labour and Employment. The VRC Delhi was set up in 1972. At present, there are 20 VRC’s functioning in different parts of India. 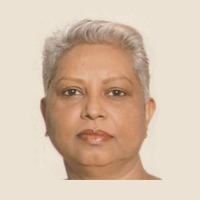 She has done Masters in Social Work from School of Social work, Udaipur in the year 1985 with specialization in Women and Child Welfare. She worked for more than 3 years in Christian Medical Association  of India as Program Development Officer  in Delhi. In 1989, she joined  Central Government service  as Intake Assistant in  Bangalore NCSC- DA erstwhile VRC. On promotion she has joined NCSC-DA, Delhi as Rehabilitation Officer.

He has done his PhD in Job values in relation to Socio - Economic status . He worked as vocational counselor at Safdarjung Hospital, New Delhi from 1995-2001 . His research work has been published in various journals. Dr. Kumar Joined Central Government service as Psychologist in October 2001 and currently he is designated as Asst. Director ( employment) NCSc DA Delhi.